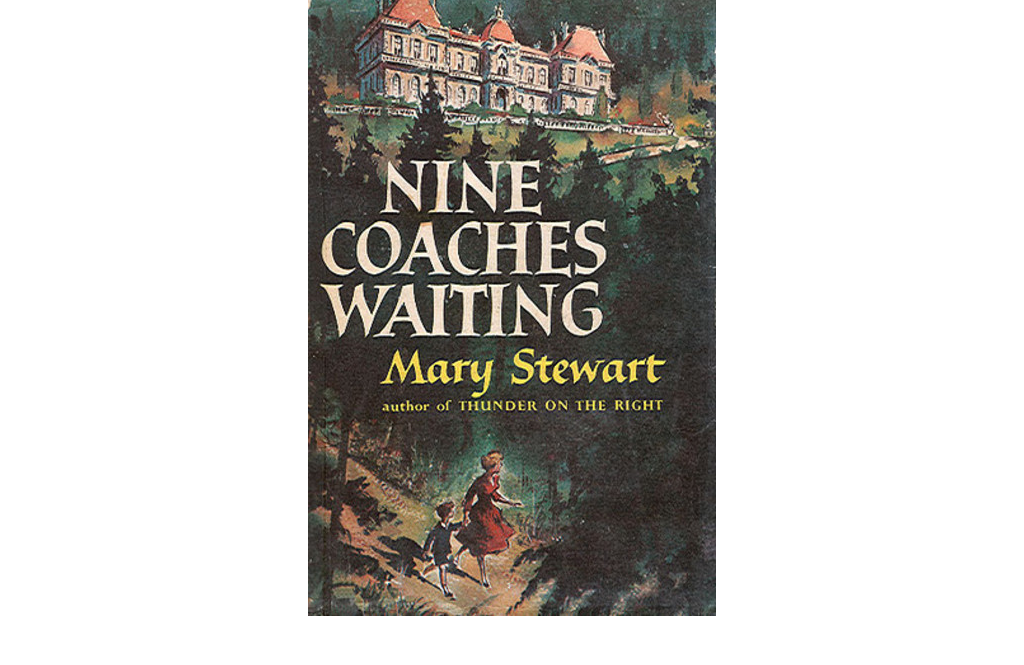 When I was a kid my mom had bookshelves full of paperbacks. There was pretty much every Agatha Christie ever written, along with Ngaio Marsh, Rex Stout, and a few others, which explains my affection for traditional mysteries. Then there was the occasional Victoria Holt or Mary Stewart paperback which is how I began my love affair with romantic suspense.

As I read more and more I realized that these books all shared a similar formula; a young, intelligent, adventurous woman alone in a foreign land, an exotic castle or house or ruins on a hill, something spooky threatening her, and two handsome men competing for her attention. One was danger incarnate and the other wanted to keep her safe. But which was which? Who could she trust? (Sound familiar? Twilight anyone?)

The formula was addictive, and the covers of those paperbacks from the 60s and 70s imprinted on my brain. There have been many posts around the internet about these old covers, probably as people about my age start to get nostalgic and also realize how cool the art was. The covers had a formula too: a beautiful woman in a stylish dress running away from a spooky looking mansion/convent/insane asylum/chateau/lighthouse/Roman ruins/you get the picture.

Here are a few to enjoy.

There are countless more. Just Google ‘vintage romantic suspense covers’ or something similar and you’ll come up with a ton. The reason I’m posting about this now is that consciously and unconsciously, these books and their covers have influenced me  heavily.

While reading the draft for my unpublished novel of suspense, October’s Fire, I can see all of these influences at work. The plot is definitely not a traditional romantic suspense, but I smile as I see some of the familiar tropes, including the dangerous lair high on a hill, where the final battle takes place.

And although I know if I get published traditionally I’ll have no control over cover art, the artist in me can’t help but come up with ideas. When I get writer’s block I’ll spend some time sketching to reignite my creativity and love for the story I’m telling. It can’t hurt, and hey, if I self publish, I’ll be halfway there. Whether I do a final version myself or hire someone else to do the art I can already see the cover. I’ll post a few of those mockups for you in the future.